There was plenty of important science this year, from ever-dire warnings of climate changeto the launch of SpaceX’s Falcon Heavy. And then, there was the time everyone argued over a few seconds of a clip that said either “yanny” or “laurel.” With that in mind, here (in no particular order) are 10 of the best of weird science stories of 2018 — the disgusting, horrifying, and the viral.

1. “How a beach umbrella fatally impaled a woman with 800 pounds of force”
One can find plenty of horrifying case studies in medical journals, and this one from the Journal of Forensic Sciences doesn’t disappoint. Not recommended reading for anxious people who frequently go to the beach, or those already suspicious of enormous beach umbrellas.

3. “Four times people cried ‘aliens’ — and four times they were wrong”
Every so often, someone will discover a tiny mummy, or a space rock will generate some unusual data, and the alien theories start popping up. Here are four examples of when people’s alien fears (or hopes?) were utterly dashed.

5. “One man ruptured his throat by trying to hold back a sneeze”
Imagine this: You feel a sneeze coming out. You pinch your nose to keep from sneezing, as one does. What happens next, in the case of this “previously fit and well” man, may horrify you.

6. “How this optical illusion made me question my reality”
Stare at these colors for long enough, and they’ll disappear. Why?

7. “What happens if you fall into lava?”
Back when Hawaii’s Kīlauea volcano was erupting the US Geological Service kept poting terrifying photos and videos of the lava and Verge Science wanted to know: What happens if you touch it? Here’s a sample quote: “The water in the body would probably boil to steam, all while the lava is melting the body from the outside in.”

8. “Your ears are cockroach heaven and that’s why they keep crawling in there”
In Florida, a cockroach climbed into a woman’s ear and lived there for nine days. In New York, The Verge’s Alessandra Potenza talked to experts about why the ear canal is so attractive to the horrifying bugs. It’s not just that they’re an open orifice. It has to do with smell too. (On a side note, Potenza, despite being the author of the cockroach article, the lava article, and the beach umbrella article, seems mostly to fear public toilets. Ironic.)

9. “A Russian woman was embalmed alive — a funeral director explains what that means” “The heart probably pumped the formation through the arterial system, and so it would have spread all throughout her body. I can only imagine that it would have felt like a burning sensation. You’re being ripped apart on a molecular level from the inside out.”

10. “Yanny or Laurel? The science behind the audio version of The Dress”
Of course. 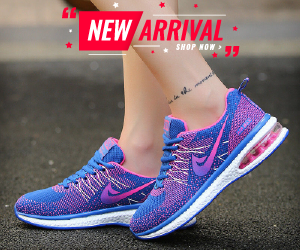