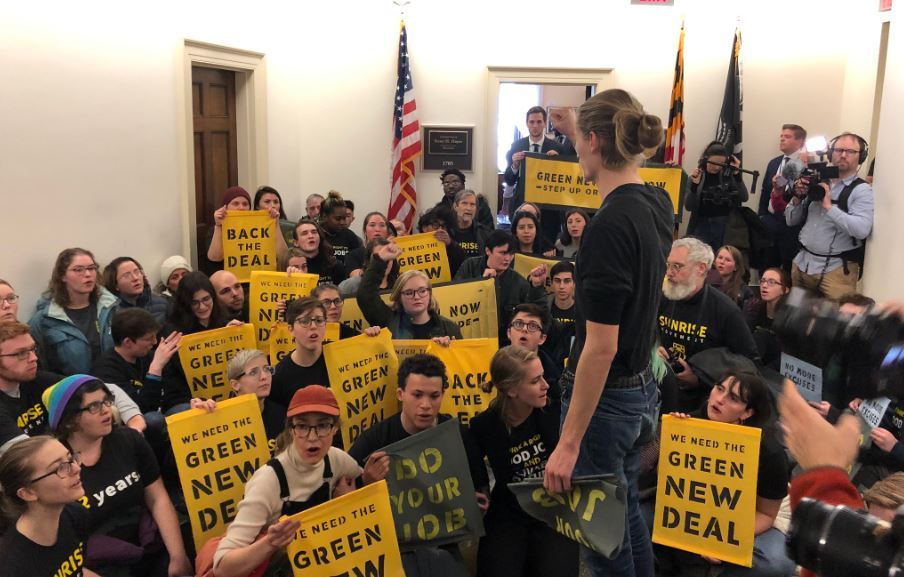 With more than a hundred climate activists gathered outside his office, Rep. Jim McGovern (D-MA) said he would endorse the creation of a select committee for a Green New Deal. The announcement is the latest success for the youth-led Sunrise Movement’s lobbying efforts.

Monday marked the largest convergence to date of Green New Deal supporters on Capitol Hill. More than a thousand activists from the Sunrise Movement, a group committed to swift climate action, fanned out to several House offices to lobby members to support the creation of a select committee. The committee would have the authority to create a “detailed national, industrial, economic mobilization plan” allowing the United States to swiftly become carbon-neutral within a decade as proposed under the Green New Deal.

And it was during their visits to House member offices when McGovern, one of the most powerful Democrats, affirmed his support. McGovern is among nearly 25 Democratic House members and three Democratic senators, plus Sen. Bernie Sanders (I-VT), to join the call for a committee to tackle a Green New Deal.

“I am committed to the House Select Committee on a Green New Deal to deal with the issue of climate change and so many other things,” McGovern told the activists in his office. “I want to make sure it happens.”